Chevrolet is signaling their intent to up the ante in the mid-size pickup truck segment with the reveal of two performance challenging Colorado concepts at the SEMA Show in Las Vegas this week. 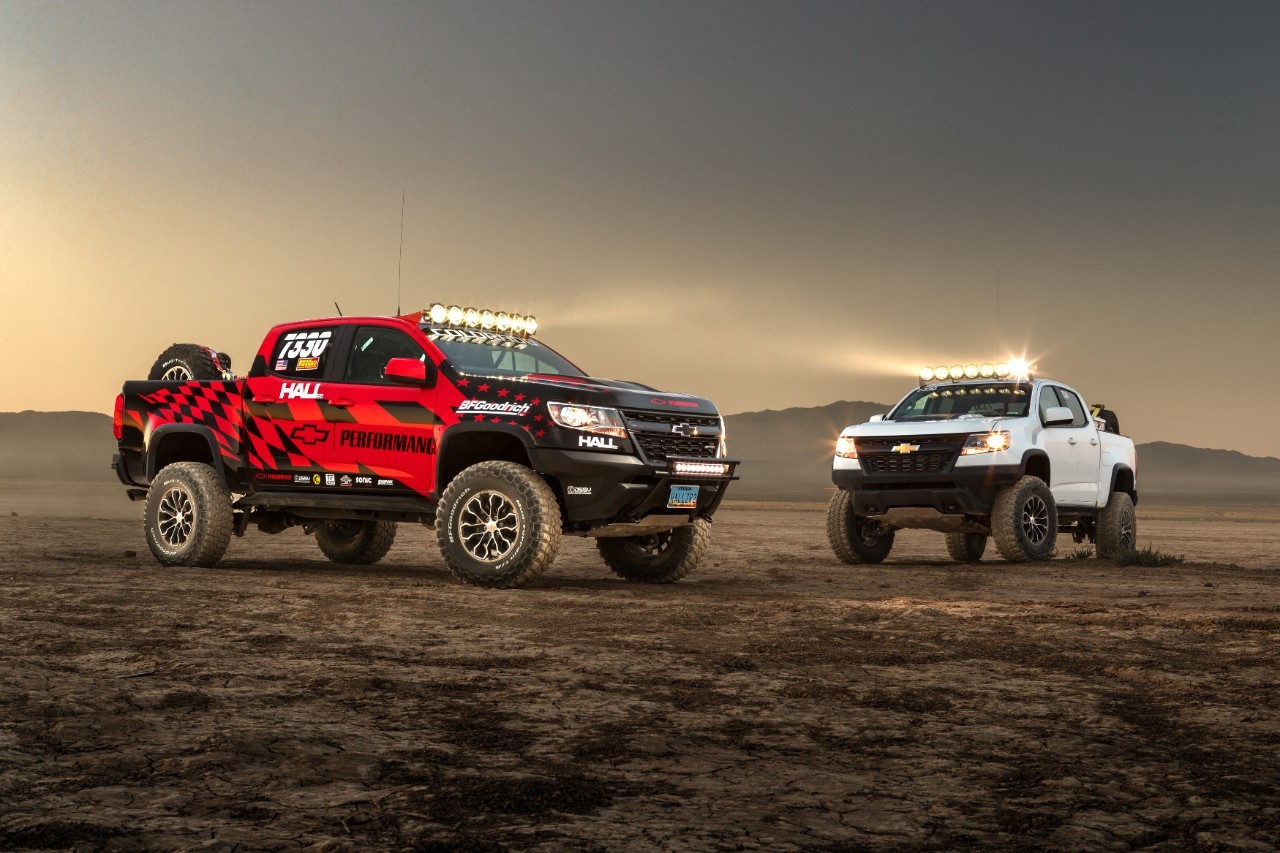 Revealing an aggressive ZR2 AEV concept along with the ZR2 Race Development Truck – Chevy says these two vehicles ably demonstrate the multiple capabilities of the platform beyond the Colorado and its off-road performance variant, the Colorado ZR2.

“Colorado has reignited the midsize segment with class-exclusive features and performance,” said Jim Campbell, U.S. vice president, Truck Strategy, Performance Vehicles and Motorsports. “Some customers want even greater capability, and the ZR2 AEV concept and ZR2 Race Development Truck showcase the efforts we’ve made to explore how owners can get even more from their trucks.” 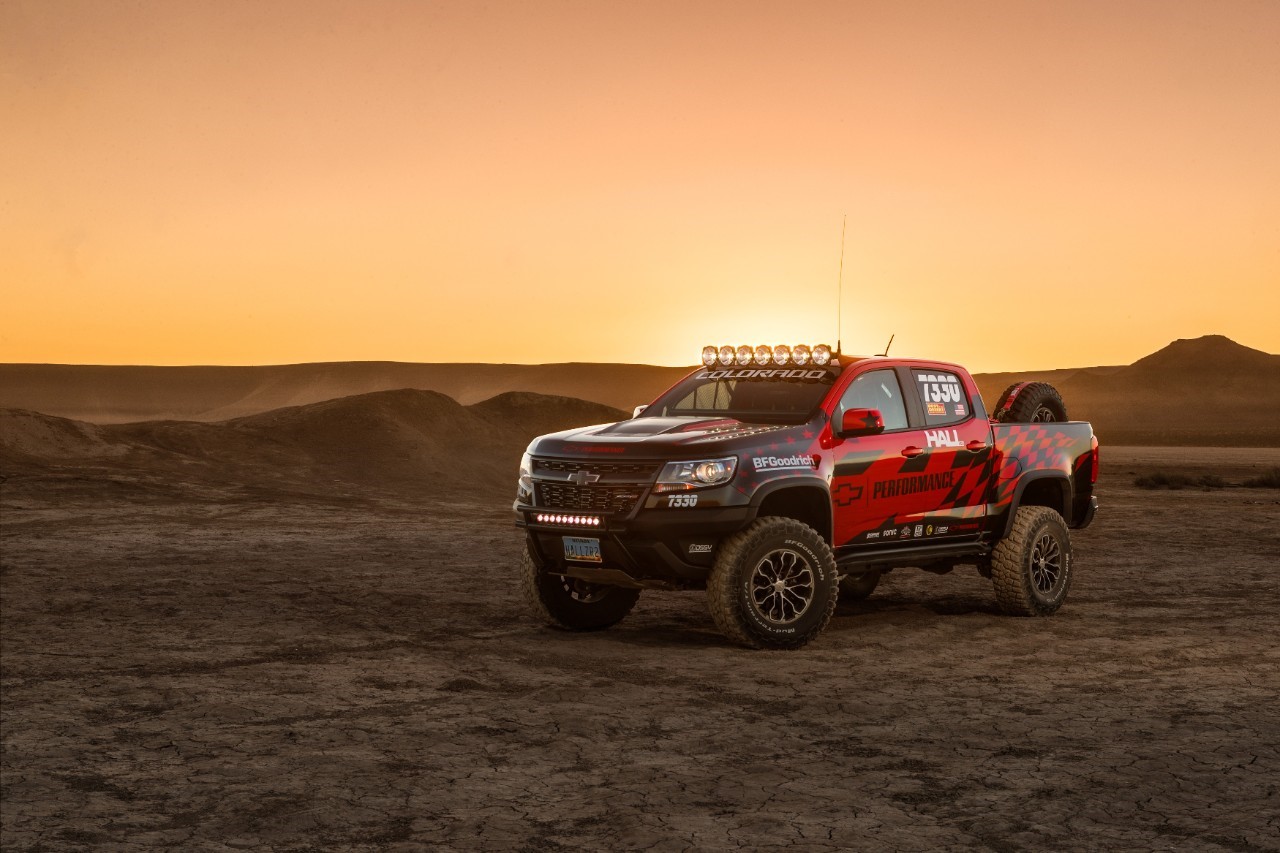 The Colorado ZR2 AEV concept for SEMA is a collaboration with legendary off-road manufacturer American Expedition Vehicles.  It features the optional available 2.8L Duramax turbo-diesel engine, which with just 286 horses, cranks out 369 lb.-ft. of torque – and delivering it through a 6-speed automatic transmission, elevates the already capable ZR2 to even greater adventures. 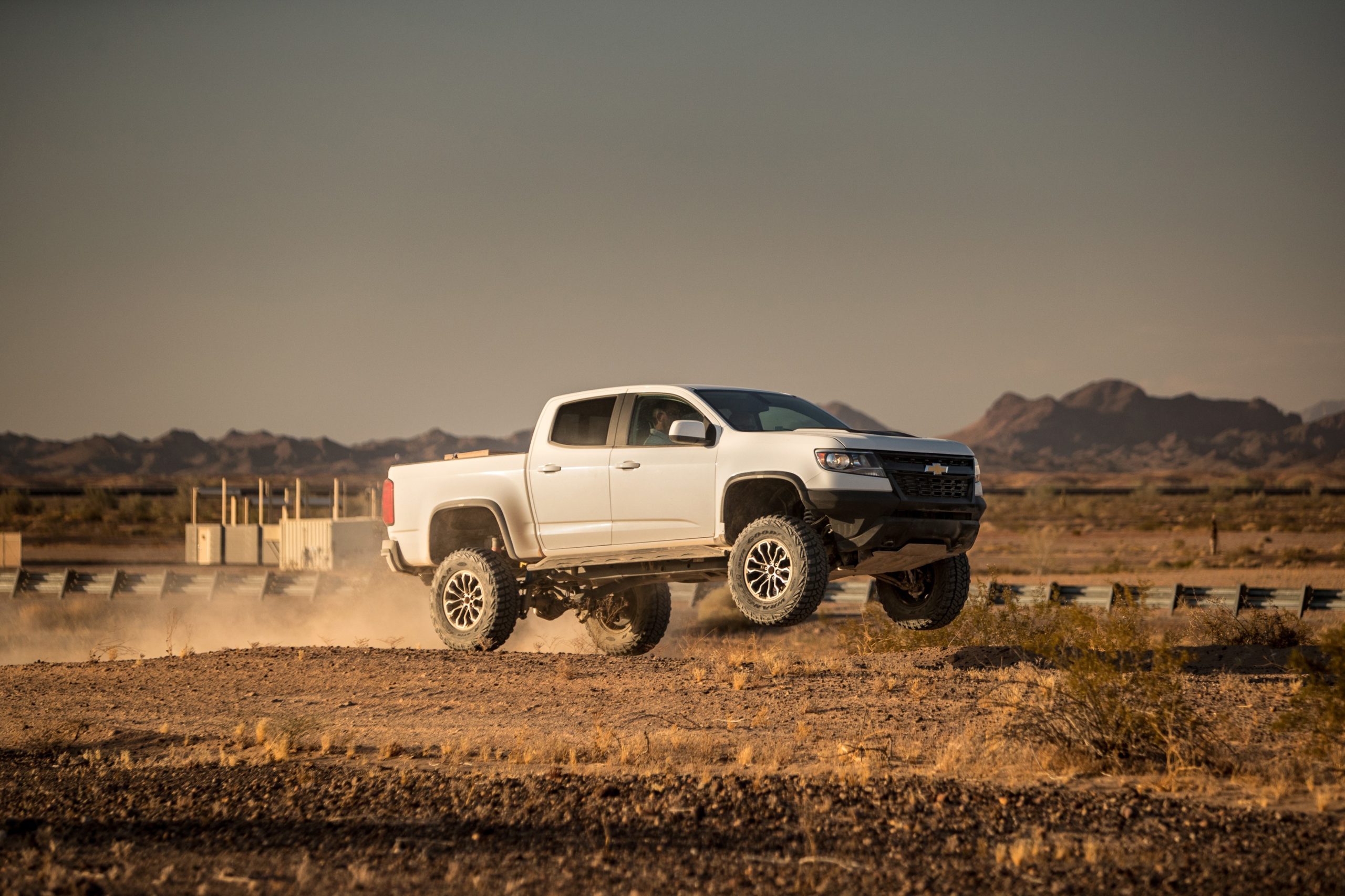 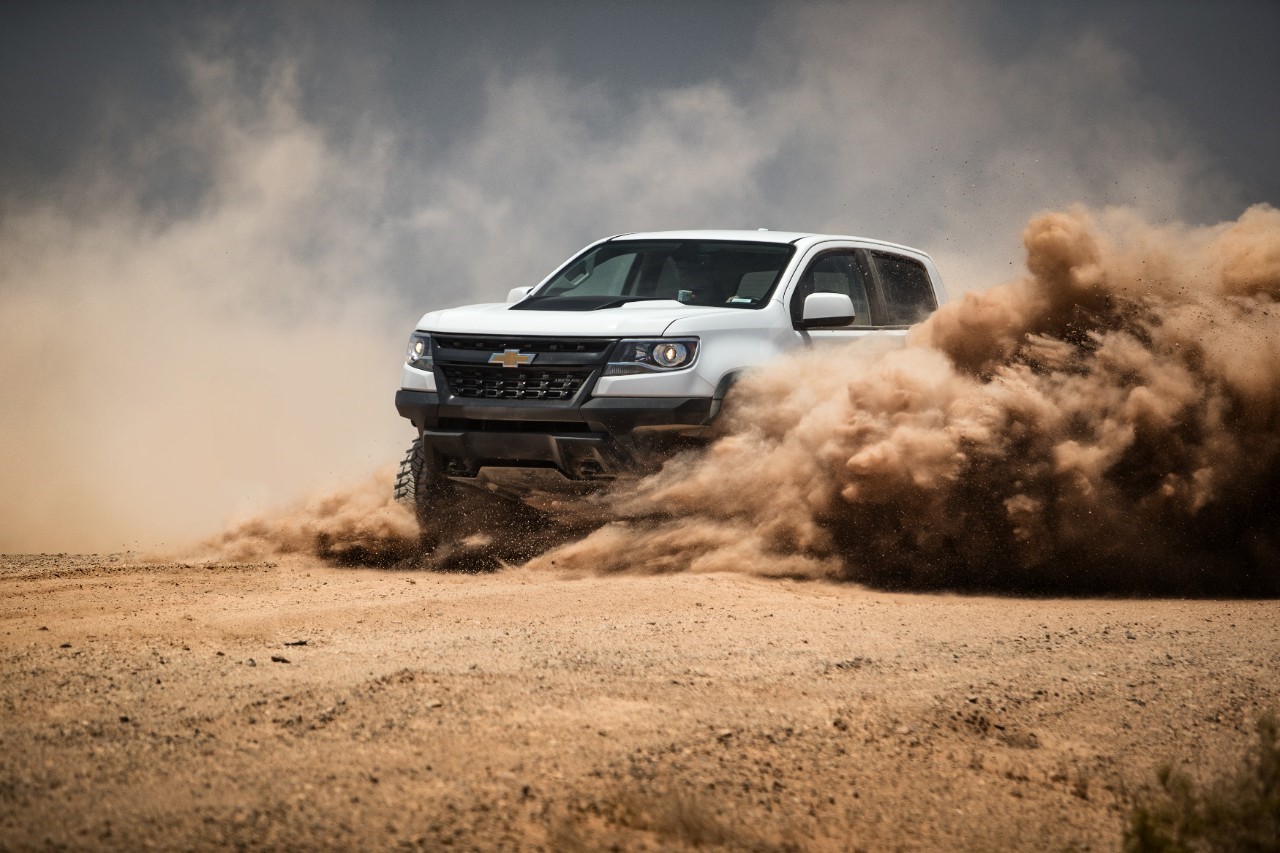 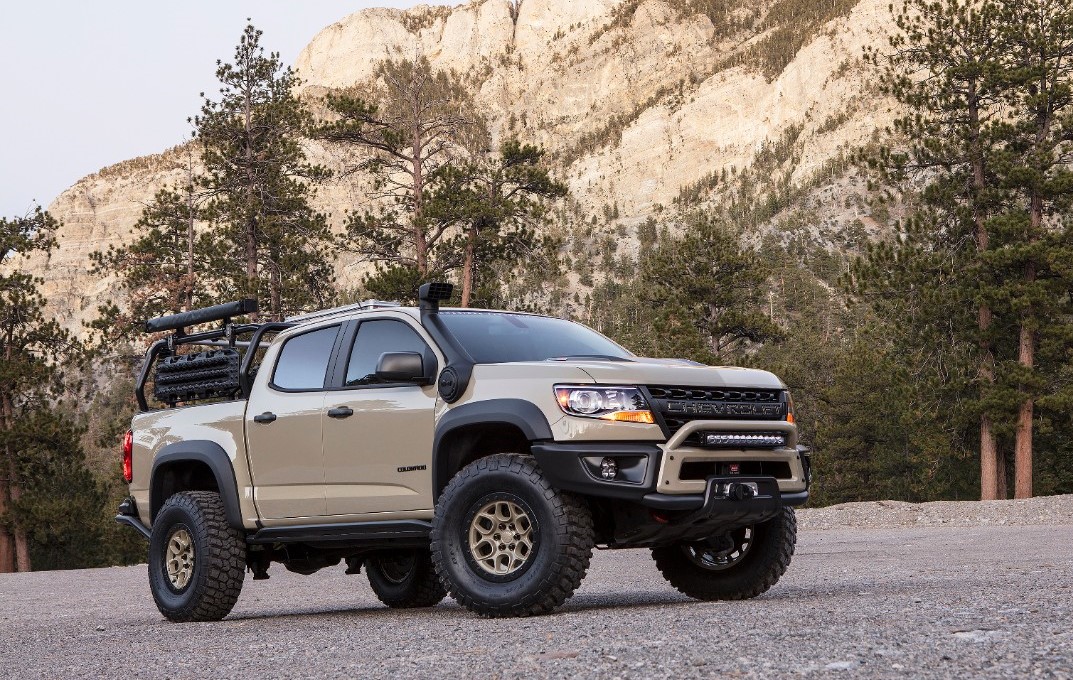 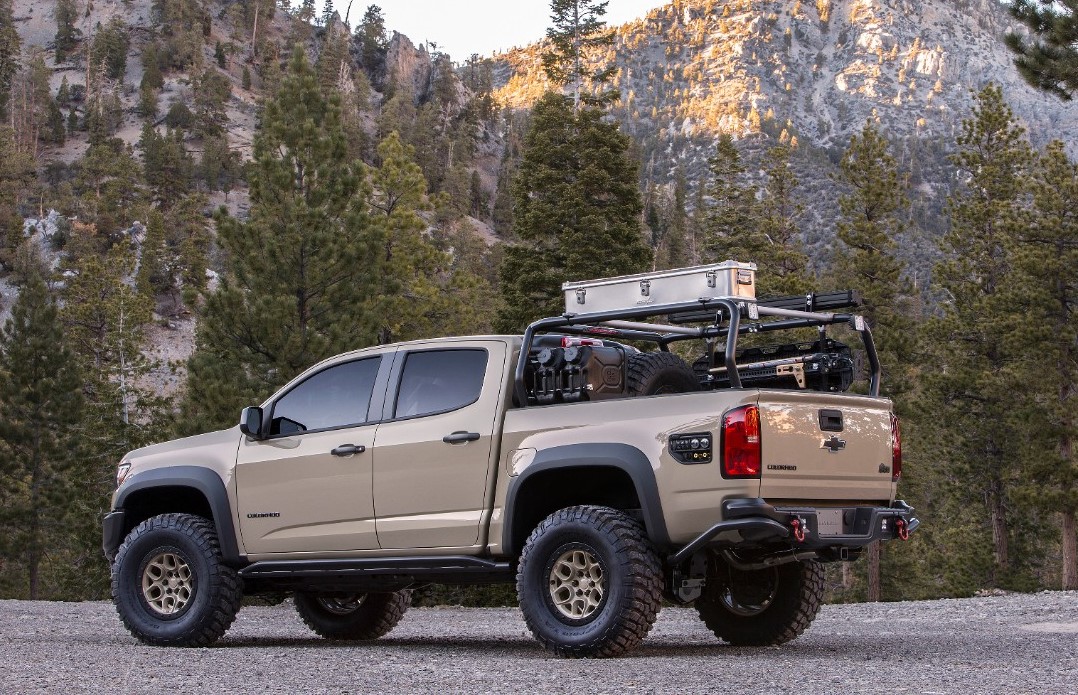 Other serious off-road features include: 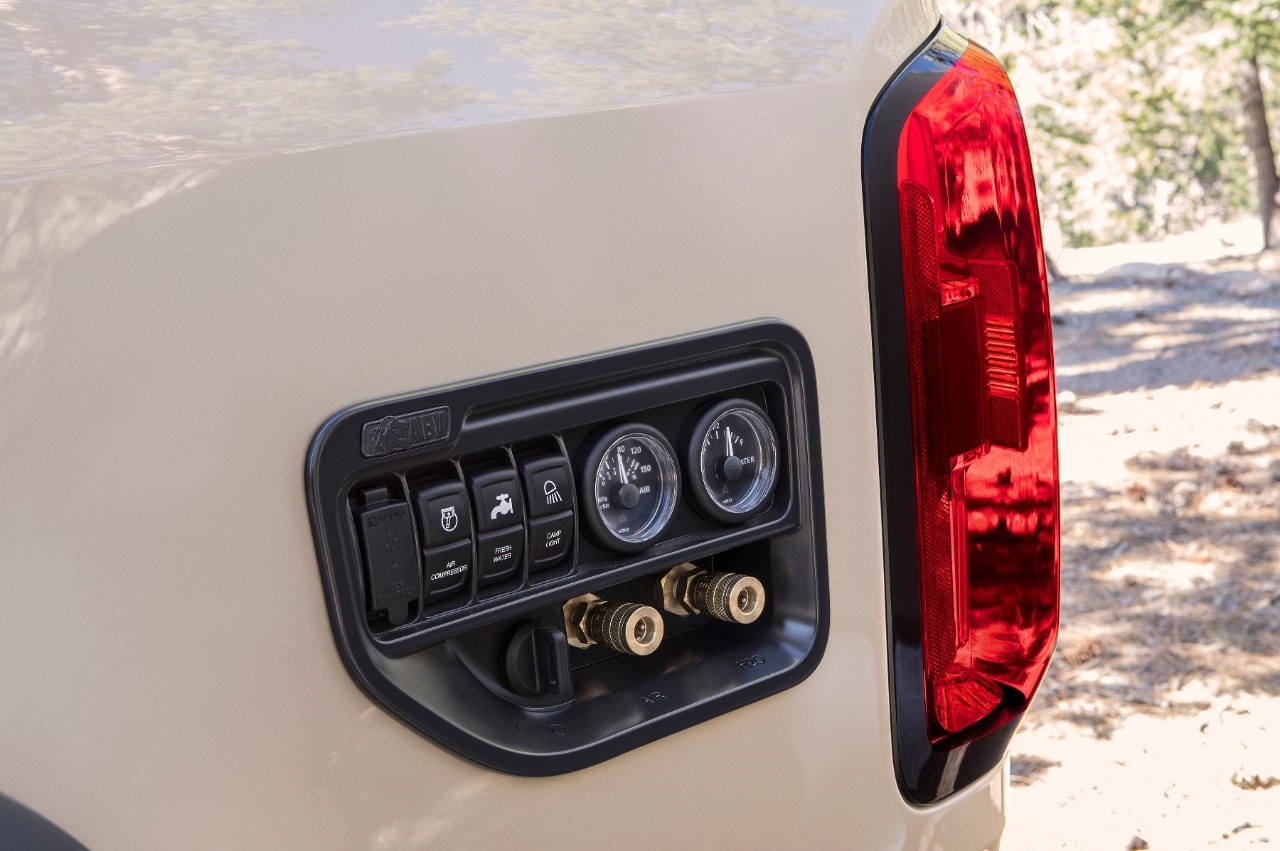 The ZR2 Race Development Truck builds on the ZR2’s desert-running capability with a long-travel version of the stock truck’s DSSV shocks. These are tuned for high-speed off-road use, adding unique parts validated by Chevy Performance Engineering and legendary off-road racer Chad Hall in the Best in the Desert racing series including: 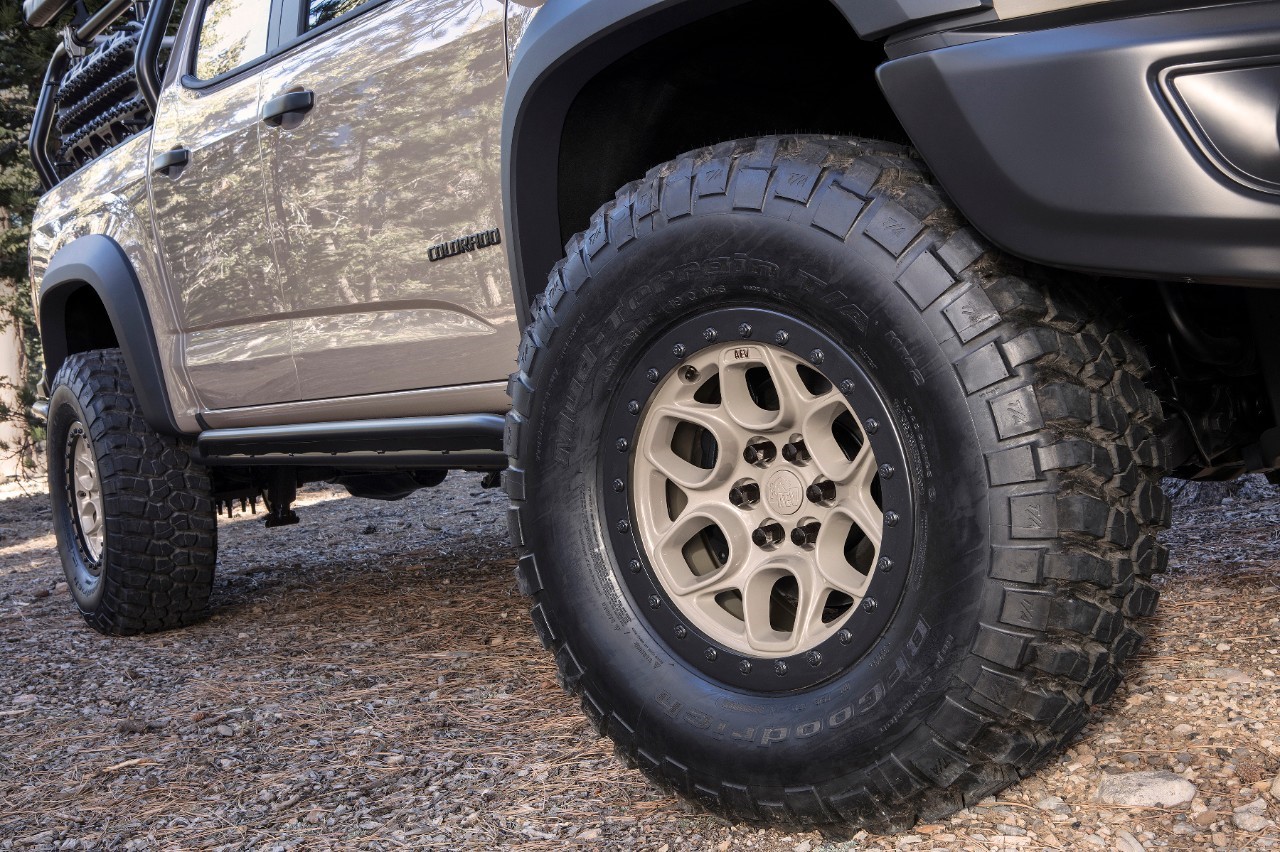 The ZR2 Race Development Truck is powered by the 3.6L V-6 that produces 308 horsepower with 275 lb.-ft. of torque mated to the segment-exclusive eight-speed transmission both standard on the production 2018 ZR2. Shared also are the electronic locking front and rear differentials, Off-Road Mode plus additional elements from the regular production ZR2.

These two SEMA trucks are not available for sale, but a regular production 2018 Chevy Colorado ZR2 is available.  Starting at just over $40,000, you can get one very well equipped for all the fun and adventure you want for around $46,000. 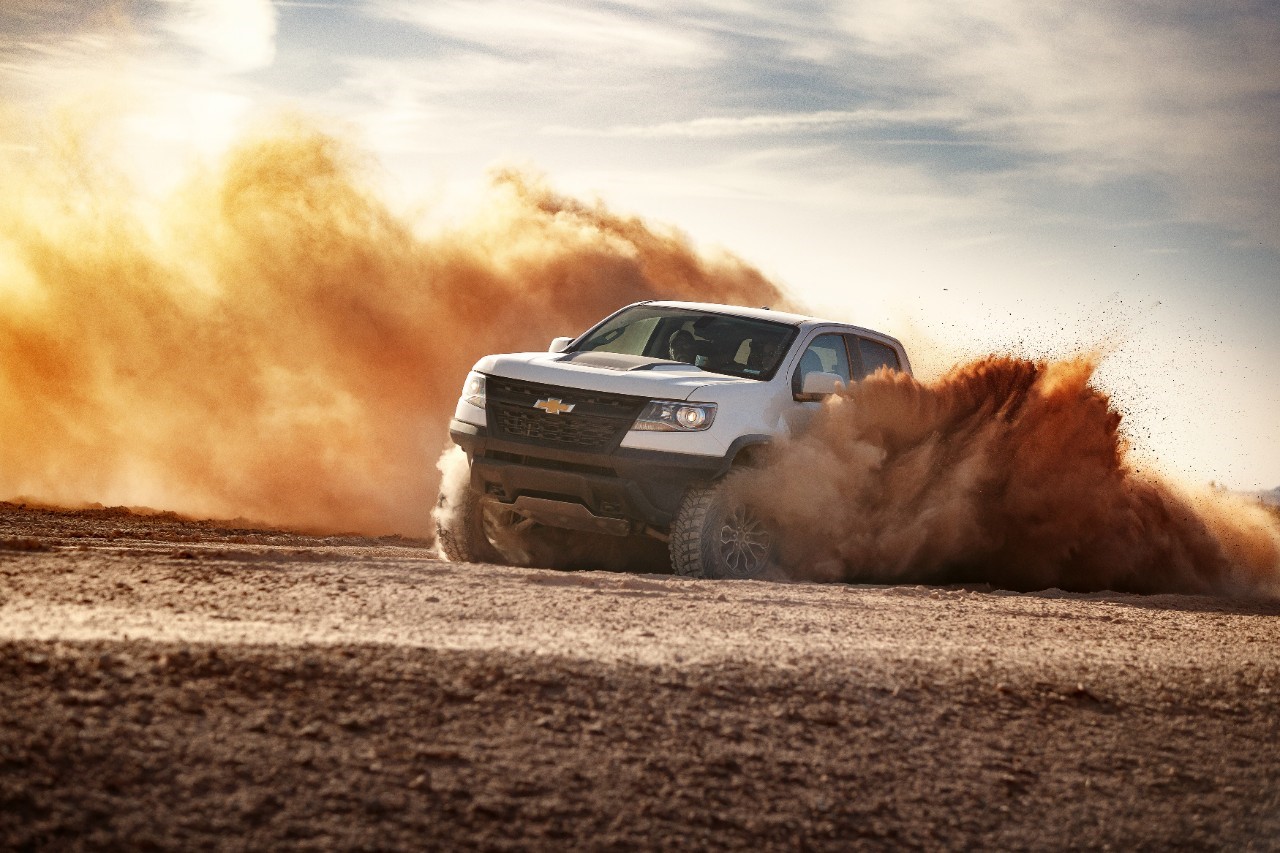 Get more information on the ZR2 here: http://www.chevrolet.com/trucks/colorado-zr2-off-road-truck

© In Wheel Time, All Rights Reserved